Before touching down at Sky Harbor Airport on September 24, 2016 to attend this year’s Western Museums Association conference, I had not been in downtown Phoenix for five years. The eerily-quiet, largely-abandoned streets I drove down in 2010 are now a mix of luxury high-rise hotels, construction cranes, and light rail transit. Phoenix has transformed into the fifth largest city in the U.S. The city’s museum culture is booming too. The Phoenix Art Museum, under new leadership of its first Latina director, now sports a large sign that greets visitors in both English and Spanish. The Musical Instrument Museum, which opened in 2010, presents a lively state-of-art experience of music and instruments from around the world. And yes, there is even a plethora of hipster cafes, cool bars, and great food. What a change! 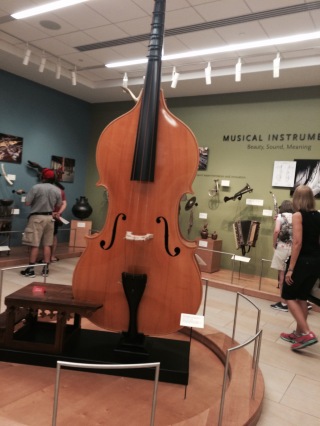 Musical Instrument Museum in Phoenix: three floors of instruments and music from around the globe.

Change was the theme of this year’s Western Museums Association conference and, indeed, it felt like fresh winds had blown not only into Phoenix, but through the museum field. Topics like institutional racism and de-colonizing the museum dominated the discussions that took place over three days between four hundred passionate professionals. I am proud to report that  University of San Francisco Museum Studies was at the table leading important conversations about putting social justice into action.

On the first day of the conference, alumna Nalini Elias, now an educator at the Museum of Latin American Art, organized and moderated a session titled Picking Up the Slack: How Museum Summer Camps are Changing Museum Priorities. Presenting with Nalini were educators Gabrielle Sjoberg from The Natural History Museum of Los Angeles County, Katherine Coogan from The Walt Disney Family Museum and Joseph Benesh from Phoenix Center for the Arts. Rather than simply describe their summer camp programs, the panelists took the unusual step of opening up about how they had confronted and responded to mistakes and challenges. Summer camp programs are often viewed as income generators, but they are extremely labor-intensive and often stray from the museum’s mission. The presenters, ably led by Nalini, discussed the advantages of programming camp themes and content closely to mission and putting the museum’s revenue needs second to strategies and schedules that work well for the children and their parents. This ultimately creates a more enjoyable experience for everyone. 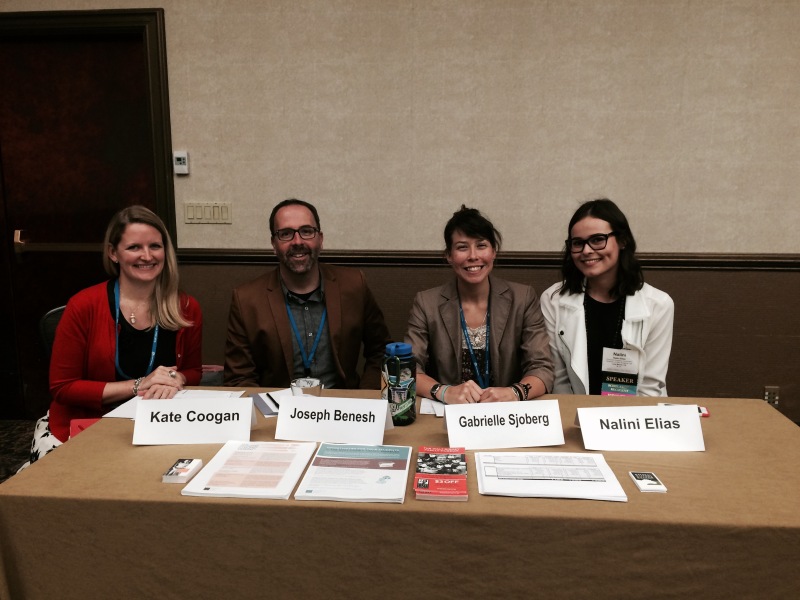 On day two, I was honored to moderate the session Museums Collaborate with Homeless and Foster Youth. Over 415,000 youth, with a median age of eight, are in foster care in the United States, due to neglect and physical and sexual abuse. Perhaps even more tragically, at any one time, 1.5 million youth are homeless. This includes former foster youth who have nowhere to go, but the number is even higher if you account for the growing population of undocumented youth without an adult guardian who are on their own. Alicia Sutton is Executive Director of Free Arts Arizona, a non-profit organization dedicated to bringing the healing powers of artistic expression into the lives of these abused, neglected and at risk children and their families. She analyzed the power of a range of programs, large and small, that her organization convenes in the Phoenix area, including displaying art created by youth in the local Whole Foods; bringing children to hear an opera for the first time, and taking them to museums.

Next, Jamie Lee Evans, founder of the Foster Youth Museum (FYM) and USF Alumnus Ray Bussolari, exhibition curator of FYM, described the progress of the Foster Youth Museum. Conceived by current and former foster youth, FYM is the largest collection of art, artifacts and video portraits about youth experiences in foster care. Ray discussed the stories behind some of his photographs that appear in the museum’s three traveling exhibitions: Lost Childhoods, Homeless, and Tribute: Foster Youth Tattoo Stories. We concluded the session with a call to action by distributing pairs of socks, commonly called “freshies” by homeless youth. Homeless youth are grateful for small acts of kindness like the pleasure of donning a clean pair of socks. We asked attendees to give the freshies to the next homeless youth they encounter.

Ray and Marjorie field questions from the audience at the session on museums & homeless and foster youth. Photo credit:  Mariah Shevchuk

On the final day of the WMA conference, USF was honored to sponsor a presentation by Gregory Hinton, founder of Out West in the Rockies, an LGBT archive and collecting initiative rooted in the landscape of the Rocky Mountain West and based at University of Wyoming. Out West in the Rockies, underscores and illuminates the history and culture of lesbian, gay, bisexual, and transgender (LGBT) communities in the greater narrative of American Western History. 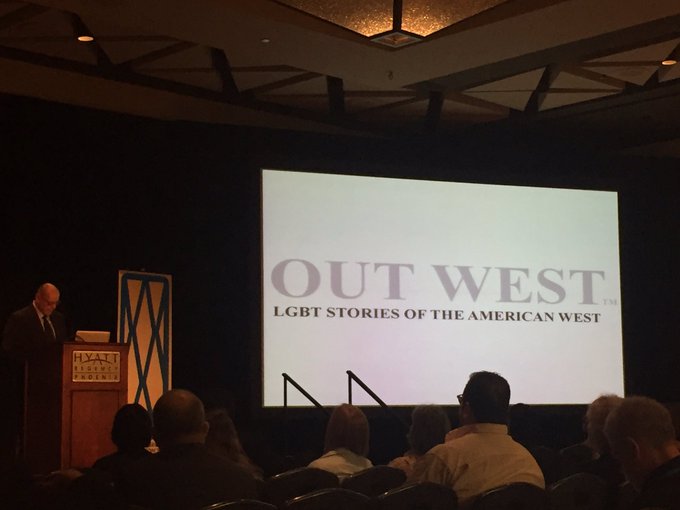 Describing his effort to archive and save the history of LGBT people in the American West, Gregory told us “I am a stakeholder of the past, present & future of the American Western experience but I couldn’t find myself represented in that story. I realized that there is a time when the only thing you can do is step up and take action.”