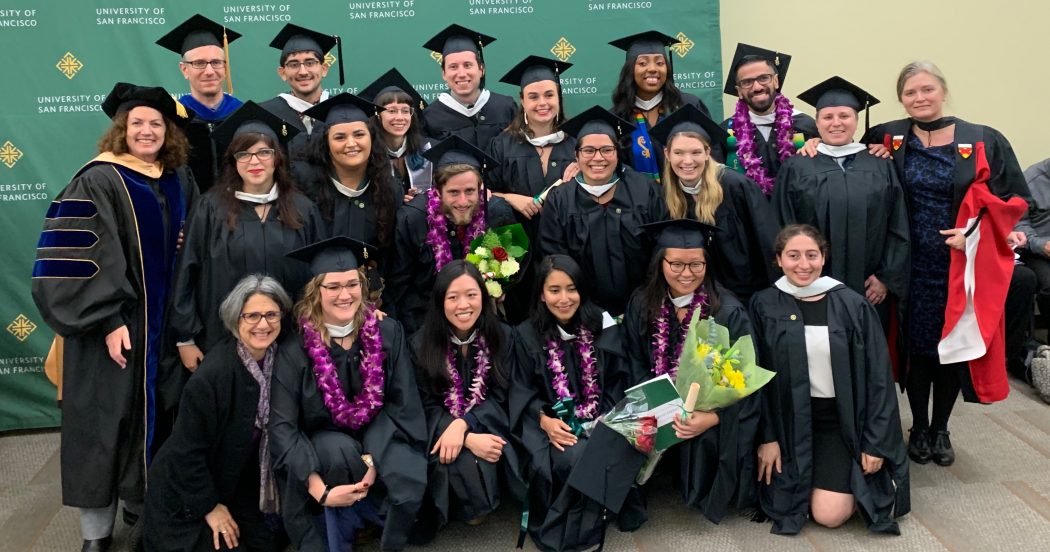 On September 24, 2020, the University of San Francisco’s (USF) Museum Studies Program and the Thacher Gallery co-presented Prison Museums as Sites of Conscience, a virtual public lecture by Sean Kelley of the Eastern State Penitentiary Historic Site (ESP). Dr. Paula Birnbaum, USF Professor and Academic Director of the MUSE program, served as moderator. The lecture was presented in conjunction with the Thacher exhibition A Matter of Liberation: Artwork from Prison Renaissance, on view through November 6, 2020.

Located in Philadelphia, PA, ESP opened in 1829 as a “model” prison due to its innovative architectural design and penal philosophy. It re-opened as a museum in 1994, and Kelley has run all public programming since 1995 when he was hired as its first full time employee. He now serves as Senior Vice President and Director of Interpretation.

I attended the event as a first-year student in the MUSE program. In preparation, my peers and I read Kelley’s articles “Beyond Neutrality” (2016), and “The Jury Is Out” (2011). From the onset, I was struck by Kelley’s transparency, and desire to create meaningful exhibitions and programming that appeal emotionally and intellectually and continue to inspire long after the visit is over.

With helicopters overhead in response to protests following the murder of Breonna Taylor, Kelley presented the lecture six blocks from PA’s Independence Hall. The tone was fitting, as Kelley and the museum are increasingly dedicated to moving beyond a position of neutrality in order to honestly reveal systemic racism in our nation’s justice system, and the negative impact mass incarceration has on individuals, communities, and our country.

Kelley began with the statement: “We are a site of conscience.”

The museum is part of the International Coalition of Sites of Conscience (ICSC), a global network of historic sites, museums, and memory initiatives that connect past struggles to today’s movements for human rights. ICSC’s phrase is “Memory into Action.”

In the lecture, Kelley discussed not only how, but why the museum became a site of conscience, and what this framing means for the museum’s future. In “The Jury Is Out,” Kelley states, “Traditional exhibit and tour programming at Eastern State Penitentiary has rarely made successful connections between the building’s substantial historic and architectural legacy and current trends and debates surrounding the American criminal justice system.”

However, Kelley and his colleagues realized that artist installations at the museum were making these connections. Since Virgil Marti’s For Oscar Wilde (1995), the museum has commissioned local artists to create more than 100 site-specific installations that explore contemporary issues surrounding incarceration. Artist installations provide direct and honest storytelling that encourages dialogue and resonates with visitors often on a personal level. Drawing on the successes of various artist installations was a strategy the museum incorporated as a part of its 2009 Interpretive Plan. The Plan addressed weaknesses as well as strengths and put the museum to the direction it is today.

The museum first broke its silence on the issue of criminal justice reform with “The Big Graph” (2014), a 3D infographic sculpture that illustrates the explosive growth and racial disparity in America’s prison population. The 2016 exhibition Prisons Today: Questions in the Age of Mass Incarceration (winner of the 2017 Overall Award for Excellence in Exhibitions from the American Alliance of Museums) not only communicated a position—Mass Incarceration Isn’t Working—but also encouraged all visitors to think, question, and reflect on relevant criminal justice issues. Kelley notes, “We had planned to make this exhibit [Prisons Today] a neutral museum exhibit, I’ve grown to think there probably is no such thing…No, we’re not ever neutral.”

The simple act of removing the word “neutral” from its mission statement has allowed the museum to change and grow, to appeal to a wider audience, and to affect change in its community and beyond. In example, the museum has provided voter registration on site for three years, and Kelley feels more museums should become forums for civic dialogue—I agree.

In terms of exhibition development and programming, Kelley and the museum continue to ask: “What stories are we not telling?” The Museum’s 2019 exhibition Hidden Lives Illuminated projected animated films created by currently incarcerated artists onto the museum’s façade every night for a month. The exhibition made connections between the site and its memory and the voices of the currently incarcerated—literally turning “Memory into Action.” It was a popular series, and many families of the filmmakers attended. This commitment to expanding and deepening community ties is what a museum of the twenty-first century looks like.

While the museum has made much progress, Kelley admitted there is still work to be done: “We still found ourselves constantly telling the stories of people who weren’t in the rooms with us.” Kelley has been a leader in ensuring the voices of the incarcerated are heard within the museum, and returned citizens now serve on the museum’s board and are employed as tour guides. However, in “Beyond Neutrality,” Kelley notes, “Like many museums, we still lack appropriate racial diversity on our management team.”

As with most institutions and sectors of society, the coronavirus pandemic has brought another major shift for the museum. The cross departmental conversation that Kelley has always found important now feels essential. The museum shares an “Article of the Week” with the entire staff, and Kelley has taken the lead with continuing the museum’s “The Searchlight Series,” a weekly podcast broadcasted live from the historic site.

Kelley sees the pandemic and the current social unrest around injustice and racism as a time to listen, learn, and reflect: “I feel like it’s really a time that people in museums need to spend learning…I’m trying to be in a real learning mode in 2020 and spending more time trying to reflect on what we’re doing, what we should be doing better, why we’ve made progress that isn’t fast enough in some areas.” A time to address not only the institution’s, but also his own—and our own—role in this narrative of social justice and prisons.

Museums are increasingly addressing important social justice issues through their exhibitions and programs. To remain relevant, museums must not shy away from hard conversations about race, identity, and culture, and they must increase diversity among staff and board members, at all levels. Although some museums may claim to be “woke,” many are not.

As a cohort of future museum professionals, coming of age during a pandemic and social movement and protest, we do not have to accept past museum values, approaches, or categorizations. Rather, we will help build museums of the twenty-first century—museums that value social justice, diversity, inclusivity, and equality. We can still hear the sound of helicopters overhead, change is here. We, too, bear witness.